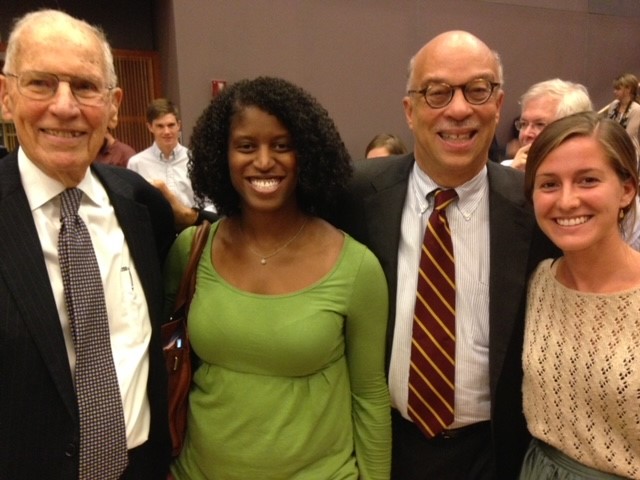 MDC mourns the loss of Mississippi Gov. William F. Winter, who passed away Friday (12/18/20) in Jackson, Miss., at the age of 97. Gov. Winter was a beloved leader and friend of MDC, whose life-long commitment to education and racial equity in the South was an inspiration.

“Like many, I knew Gov. Winter through his numerous good deeds,” said MDC President John Simpkins. “I have benefited immensely from his generosity of spirit and intellect. Gov. Winter embodied the courage necessary for real change to occur. MDC will carry on its work of building community to realize Gov. Winter’s vision of a deeply reconciled South. His legacy is profound, as well as his loss.”

Obituaries will spell out his myriad accomplishments, including passage of landmark education initiatives after a two-year legislative battle, opposing the Klan early in his legislative career, and creating the Winter Institute for Racial Reconciliation at the University of Mississippi.

Gov. Winter broadened his efforts beyond Mississippi when he left the governor’s office in 1984. George Autry, MDC’s founding president, recruited him that year to head the advisory panel that led to “Shadows in the Sunbelt,” a publication that challenged the South to rethink approaches to rural development.

The dedication to him in the 2002 follow-up report to “Shadows in the Sunbelt” said:

“He has carved out an extraordinary life-after-the-governorship role as a progressive ‘conscience of the South.’ For more than two decades, he has traveled widely in the region, inspiring leaders, speaking to the persistent need for closing racial and economic gaps, continuing to make the case for educational progress. In a long career through tumultuous times in his native state and region, the former governor has demonstrated the high art of public leadership, acting with integrity and with deep human concern for his fellow citizens, regardless of their station in life. William Winter exemplifies what it means to be an engaged citizen, combining practicality and vision in the exercise of leadership.”

With the governor as board chair, MDC played a pivotal role in establishing Southern institutions promoting economic equity such as The N.C. Rural Center, The Foundation for the Mid-South (which Gov. Winter chaired), the Hope Enterprise Corp. (as it’s now known), and others.

“No one could give a more effective—or louder—stump speech to stir the juices of reformers than the governor,” recalls retired MDC President David Dodson. “With a style born in the days of fairground campaigning, the governor never needed a microphone or sound system to get his points across. He projected them like the best evangelical preacher imaginable.

Winter recalled his appreciation for MDC in an interview on his 90th birthday, describing challenges that today are recognized as systemic racism.

“MDC came along and helped us break out of that mindset—that it is not the status quo that is going to reward people, it is change that is going to reward people, and that change will also embrace a change in race relations,” he said. “MDC was one of the early organizations that began the breakdown of segregation and tied it not only to the moral issues, but the economic issues, and helping people understand that we would always remain behind economically until we threw off the yoke of segregation.”

For the family’s obituary of Gov. Winter, click here.

To watch the MDC interview with Gov. Winter on his 90th birthday, click here.

To read a State of the South blogpost about Gov. Winter discussing the Mississippi Education Reform Act passed in 1982, click here.

To read an address that Gov. Winter made to the Center for the Study of the American South at the University of North Carolina at Chapel Hill on June 3, 2002, click here.

For a PDF version of this remembrance, click here

Dodson to retire as MDC president in 2020