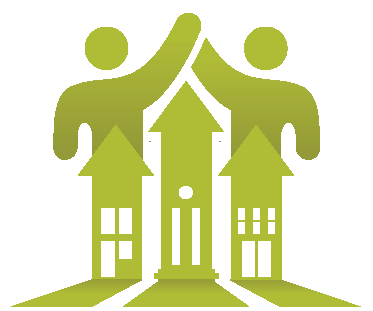 Two community foundations and two health-conversion foundations will participate in MDC’s inaugural Passing Gear Philanthropy Institute, an eight-month initiative to create a network of philanthropies across the South working to remove structural barriers to equity, opportunity, and justice in their communities.

MDC plans for this to be the first of five annual Institutes that will create a network of 20-25 Passing Gear foundations positioned to become the social venture capital that Southern communities urgently need.

Participating foundations in the 2020 cohort are:

“Passing Gear Philanthropy” is MDC’s name for the signature methodology it has developed since 2003 in working with place-based community and private foundations across the South and U.S., based on a phrase coined by education and foundation leader Paul Ylvisaker. MDC equips foundations to refocus their philanthropic program services to address the “upstream causes” of social inequities and performance gaps in education, employment, asset levels, and health. To date, MDC has helped foundations refocus more than $1 billion in philanthropic assets, and in 2017 was commissioned by the Southeastern Council of Foundations to produce the State of the South report, Philanthropy as the South’s Passing Gear: Fulfilling the Promise.

“This is building the social venture capital that the South urgently needs,” said David Dodson, president of MDC, “and is doing so across a diverse landscape of urban and rural communities. We are grateful to all the participants and supporters.”

A hallmark of Passing Gear Philanthropy is recognizing that foundations have more than just financial assets—they also have social, moral, intellectual and reputational capital at their disposal to spur improved outcomes for people and communities.

All four participants in the Institute already are using non-financial forms of philanthropic capital to spur change and have expressed a commitment to deploying their assets and influence even more boldly to address embedded factors that perpetuate inequity in their communities. All are working seriously to address racial disparities and wish to do more to lead on racial equity. All four understand the power and necessity of engaging a wide array of community voices to shape strategy and seek to build their capacity to do so more powerfully. All four also expressed an appetite for developing their institutional capacity for change leadership through “outward-facing” work on programmatic strategy and “inward-facing” work on institutional culture and practices.

The boards and staff of the foundations have identified an Institute team that will have the support of a dedicated coach and several staff members who represent seasoned foundation leaders and veterans in this kind of work. Together they will analyze their communities’ barriers to inclusive well-being and reflect on what their traditional response has been. They’ll then use that grounding to develop their capacity to support and apply strategies to address the complex factors that hold deep inequities in place across too much of the South.

Coaches for the Institute are:

Institute staff and presenters will include Dodson; Gladys Washington, Deputy Director of the Mary Reynolds Babcock Foundation; and Karl Stauber, founding CEO of the Danville (Va.) Regional Foundation. Additional staff that bring expertise and fulfill the needs of the cohort will be named later.

To learn more, visit Passing Gear Philanthropy Institute webpage or complete an interest form to receive information about the 2021 cohort.