MDC’s State of the South 2018 calls for Southerners to “recover their courage” and build a region where all can belong, thrive, and contribute

MDC marks its 50th anniversary with the release of its 2018 State of the South report, “Recovering Our Courage,” a look back at where we’ve been since MDC’s founding and ahead at where we need to go. 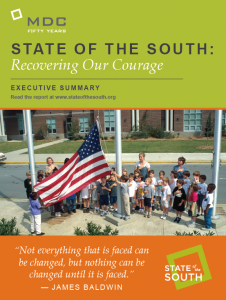 MDC marked its 50th anniversary April 10 with the release of our 2018 State of the South report, “Recovering Our Courage,” a look back at where we’ve been since MDC’s founding and ahead at where we need to go.

The report’s conclusion: Though indicators such as educational attainment beyond high school have improved and median income has grown, there are still staggering disparities across racial lines, and children born into low-income households have little chance of doing better than their parents.

“The vision of an inclusive and thriving South is still elusive,” the report says. “We have substituted a culture of withdrawal for a culture of investment. Today, we see the re-segregation of schools and the persistence of racial disparities in housing and employment, some enabled by state and federal legislation, some perpetuated by structural inequities that laws didn’t remove or relieve.”

Read the full report at www.stateofthesouth.org

MDC is grateful for support of the State of the South 2018 from the North Carolina GlaxoSmithKline Foundation, Wells Fargo, The Duke Endowment, Knight Foundation, and The N.C. Fund Legacies Fund at the Triangle Community Foundation.

Among the report’s  key findings: 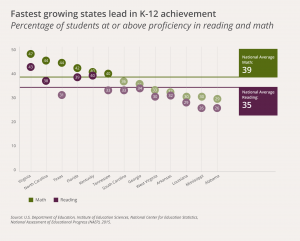 The 2018 State of the South report highlights significant data on education, income, employment, demographics, population growth, health, incarceration, and in-migration, much of it compared to data from the 1960s.

It also examines the South through three lenses critical to social and economic progress:

The reports goes on to ask: “Can the levers of progress that helped us move forward before be elevated and reinvigorated to do so again?” and challenges Southerners to look back and find the courage to recommit to deliberate action that will engage progress, not backsliding, including: 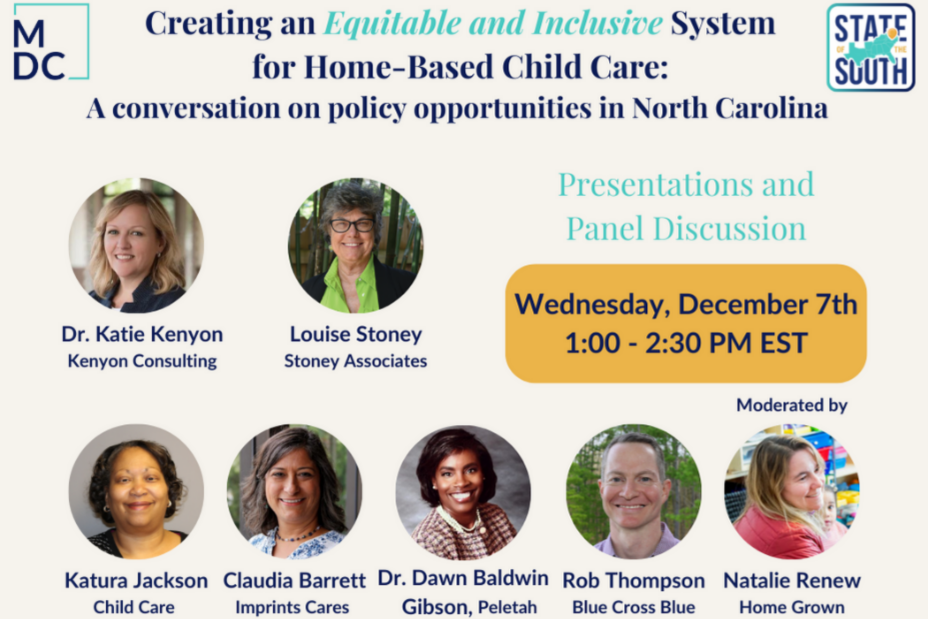 State of the South webinar: Creating an equitable and inclusive system for Home Based Child Care 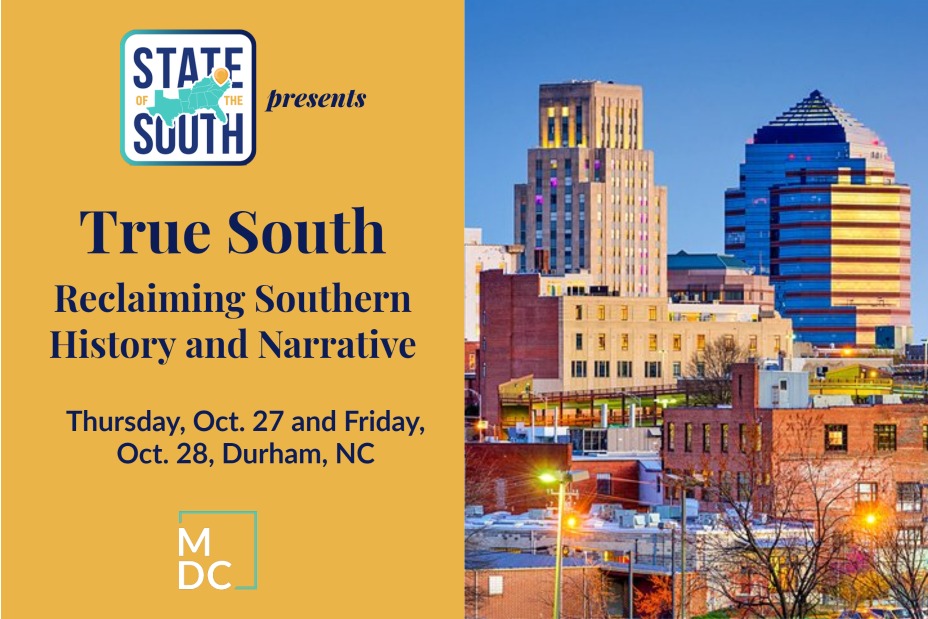