John Mitterling, previously recognized as the Outstanding Fundraising Executive by the Triangle Association of Fundraising Professionals, joined MDC this month as its senior director of development. 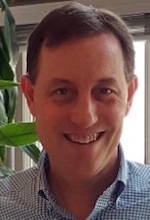 Mitterling joins MDC with nearly 30 years of development
experience and will lead MDC’s efforts to develop new
corporate and individual support for the organization that
supplements the strong support of local and national
foundations, local and state governments, and civic
organizations.

“We are thrilled to welcome John to the MDC team,” said David Dodson, president of MDC. “We look forward to his leadership and to his efforts to advance the mission and vision of our organization as we prepare to celebrate our 50th anniversary in 2017.”

Mitterling brings a background in leading development efforts for youth-serving organizations, healthcare, and education, all of which are core focus areas for MDC’s programmatic work throughout the South.

Mitterling will spearhead new initiatives that supplement MDC’s current fundraising efforts as the organization aims to help communities in the South build an Infrastructure of Opportunity.

“MDC is an organization that facilitates important systemic change and clears the barriers that people at the bottom rungs of the economic ladder need removed in order to succeed,” said Mitterling. “I am excited to champion MDC’s efforts to advance equity and opportunity in the South as the senior director of development.”

He began his career working for his alma mater, the University of North Carolina at Chapel Hill. A native North Carolinian, Mitterling was born in New Bern, NC, and now lives in Raleigh.